How Did Emotional Intelligence Become Essential for Leadership?

What does the term “emotional intelligence” mean to you?

My guess is that if you’ve been following me and my work, you are unlikely to view emotional intelligence as a buzzword – meaningless or empty. In fact, you are probably quite familiar with it because I have written about it extensively over the years. Nevertheless, regardless of your relationship to the phrase, emotional intelligence is critical to your success as a leader.

To me, emotional intelligence (or EQ) is a foundational concept for leadership. It is the secret ingredient that makes great leaders so amazing and inspiring. But when it’s missing from a leader’s toolbox, it can cause serious problems and impede one’s ability to deliver the desired results for their team and company. It is crucial for today’s leaders, but sadly is not very well understood.

A Brief History of Emotional Intelligence and Leadership

You may think that emotional intelligence is a new concept, and technically, you would not be wrong. Modern leaders may be familiar with it from Daniel Goleman’s groundbreaking work, particularly his 1995 book, entitled Emotional Intelligence – why it can matter more than IQ. Therefore, you may think it’s a concept that’s younger than the average Millennial of today. However, the phrase was coined many decades ago in 1964 when a research paper by Michael Beldoch(1) was written.

Even so, the term “emotional intelligence” is younger than many of today’s most powerful leaders. Therefore, many people are apt to dismiss the concept as a flash-in-the-pan phrase designed to sell books and get leaders to sign up for coaching courses.

Here’s the issue: Emotional intelligence is just a phrase. Yes, it has only been in usage for a few decades, but the traits and characteristics it refers to are timeless. The fact is that emotional intelligence has existed for as long as human beings have walked the earth and interacted with one another. We just didn’t have a popular name for it until Daniel Goleman started writing about it in the mid ’90s.

The real push for EQ being an essential quality for leadership began in 1987 when social psychologists Peter Salovey and John Mayer met on a sunny summer day to paint the walls of Salovey’s home. The two psychologists painted and began to discuss their research into concepts like thought, feelings and human behavior. Through their discussions, they realized that theories of intelligence never considered the topic of emotion. They decided that day to create a new theory.

In 1990 Salovey and Mayer published their theory in the scholarly journal Imagination Cognition and Personality. They titled their theory “Emotional Intelligence,” and defined it this way:

A form of social intelligence that involves the ability to monitor one's own and others' feelings and emotions, to discriminate among them and to use this information to guide one's thinking and action.

This theory may have raised eyebrows among academics, but the general public failed to take notice until Goleman published his book, which refines the previous work done by Salovey and Mayer. The book became wildly popular and transformed Goleman into a modern intelligence guru of sorts. But what’s perhaps most notable about Goleman’s book on emotional intelligence is that it applied the concept of EQ to the world of business.

The term “emotional intelligence,” as used by Daniel Goleman and other modern thought leaders, is now one of the core concepts of leadership development. But as you’ll see in the next section of this blog post, the underlying ideas behind emotional intelligence have been essential for leadership since well before it became a buzzword, and long before anyone wrote about it.

The Essential Characteristics of Emotional Intelligence for Leaders

Self-awareness is essential for strong, grounded leadership, as is self-management. Social awareness and skill are also quite clearly important for leaders.

In my view, emotional intelligence also encompasses some other essential leadership characteristics, including:

These characteristics represent some of the key qualities that separate great leaders from merely good ones. As you may have noted yourself, these are not characteristics that are learned in school or through conventional leadership training programs. Largely, they are traits that are either ingrained into a personality at a young age or were learned well before an individual decided to pursue a career in leadership.

Thankfully, we have discovered that these traits can be learned, practiced and integrated into a leader’s life and workflow. Because experts have studied them for many years now in research, techniques and tools have become available to help leaders become more emotionally intelligent and much more effective at what they do.

What Is Your Emotional Intelligence Level?

Do you suspect that your leadership could benefit from an emotional intelligence boost? Do you feel like you’re lacking in areas related to the characteristics I listed above? Perhaps you’re reluctant to look deeply inside yourself for the answers to these questions, and I get it. Working on emotional intelligence is not easy, and it forces people to confront themselves in ways that can be uncomfortable. However, your ability to improve your EQ could pave the way to your transformation into a truly great leader.

If you’re concerned you may need a boost to your emotional intelligence, consider these questions:

If you answered “yes” to most of these questions, you could probably benefit from enhancing your emotional intelligence. Even if you answered “no” to most or all of them, I would encourage you to continue studying the topic and boosting your EQ as much as possible. The characteristics of emotional intelligence are truly the keys to successful modern leadership, so the more you improve, the better your chances will be to transcend to your next level as a leader.

I hope you enjoyed this piece on emotional intelligence.

Did it awaken anything within you? Did it cause you to question your own EQ? If so, that’s a great thing!

In the coming weeks, I will continue to write about the topic and offer thoughts that will help you integrate these concepts effectively so you can improve your leadership skills.

See you next week! 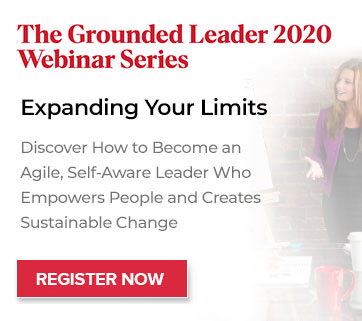