Are You Receiving the Feedback You Need to Lead Effectively?

When leaders get in tune with the importance of providing feedback to their people, they tend to notice a few things.

First, they are often surprised by how receptive their employees are to feedback. If you have been making feedback a more prominent aspect of your leadership, you have probably taken notice of this yourself. You may have initially felt reluctant to begin offering more feedback due to fears over how your people would react. As it turns out, people love to receive feedback on how they’re doing, even if it is not totally positive. The attention and interest truly matter to people, and I would argue that it is a basic human need.

Another thing leaders notice is the increase in engagement after creating a culture where feedback is more highly valued. In fact, this boost in engagement can be quite shocking for leaders who have tried every other trick under the sun. Again, feedback is something employees crave. Without it, they become disengaged and often will mentally and emotionally check out. But when they know they can expect to receive feedback on a regular basis, they focus more on their work and what is expected of them, and they are happy to do so.

Here’s another thing that happens when we create a culture that values communication and feedback: Giving valuable feedback feels good and it makes the organization run more productively, but receiving valuable feedback can be difficult for some people who might not be as open to hearing what they can do better or more effectively.

If you genuinely want to improve your ability to lead, you need to create a culture in which people feel comfortable giving you feedback. Unfortunately for many leaders, this is easier said than done. So, how can you ensure that your organization is a place where feedback can flow in all directions?

I have some advice, so listen in.

Before getting started on methods designed to improve the flow of feedback in your organization, it is critical to recognize the difference between honest, useful and actionable feedback and feedback that is meant to give you only the impression you want to hear.

Here’s the truth: If the feedback you receive is not honest, useful and actionable, there won’t be a whole lot you can do with it. You may feel like you are empowering your people with the ability to speak up, but if you only accept feedback that tells a positive story, you will potentially get stuck in a rut and limit your growth opportunities. At the same time, your people will notice that the space you create for them to speak up is ultimately meaningless.

If you want feedback to be meaningful, you have to be willing to accept that it is not always going to be flattering or positive. You may hear some harsh truths, and it is likely that your shortcomings will be revealed. Guess what? That’s perfect! It’s all about growth, development and improvement.

When you receive honest, useful and actionable feedback, you can use it to correct mistakes, cure blind spots and help your organization run more efficiently. However, when you receive empty, meaningless feedback designed to retain the status quo, nothing changes. Sure, it might feel like you have created a more communicative culture, but sometimes people can communicate without saying anything. Your goal should be to create a culture in which there is no fear of saying what needs to be said.

Another aspect of this process is that you need to be willing to act on the feedback you receive. I have seen many leaders say that they are open to feedback, but when the time comes to implement it, they find ways to sidestep or ignore what they have been told. When leaders do this, they shut down the feedback process almost immediately: People feel encouraged and empowered when they are told that their feedback is needed. But when leaders ignore it, it shows them that their feedback doesn’t matter, which makes employees even more reluctant to share their thoughts, ideas and opinions.

If you are ready for feedback – and ready to act upon it in a meaningful way – then you are ready to learn and implement the following pieces of advice, so let’s get started!

People are much more willing to provide honest, useful and actionable feedback when they know they are safe in doing so. Part of your job, as a leader, is to create an environment in which everyone knows it’s safe to provide feedback without fear. You can do this by modeling vulnerability yourself, as well as by rewarding honesty and candor. It’s also important to show genuine curiosity – rather than approaching your employees with cold and calculated questions, approach them with a real sense of honest curiosity. Be conversational, not procedural, and show your people that there are no negative repercussions for honesty.

Use Multiple Methods of Asking for Feedback

Getting to know your employees as human beings is incredibly important when it comes to seeking feedback. You cannot simply ask each member of your team, “what do you think?” That’s not likely to elicit anything useful. Instead, use your knowledge of your people to find different ways of inquiring into their thoughts. For some people, you will need to ask specific questions regarding exact data points. For others, the conversation needs to be more about feelings. The more you get to know your people, the better you will become at soliciting their feedback.

Don’t Focus Too Much on the Negative

If you want to improve your leadership, it’s crucial that you correct mistakes and address your shortcomings. Some leaders focus too strongly on the negative, though. It’s important to solicit both positive and negative feedback. Yes, it’s good to know about the mistakes you might be making, but it’s also important to hear that you’re doing a great job. Everyone needs a boost of positivity from time to time, even leaders.

Avoid the Urge to Fight Back

As a human being, it is natural for you to want to defend yourself or explain your position when confronted with criticism. Sometimes feedback creates a feeling of being attacked, especially for those who are not accustomed to receiving it. But guess what? If you truly want to encourage your people to provide feedback, you’re going to hear some potentially unflattering things about yourself and your leadership. It might sting at first, and it will be difficult for you to avoid becoming defensive. Just remember that the feedback is good for you; it allows you to show up more powerfully and become a better leader. When you receive it with grace – and avoid the urge to defend yourself – you create a more open, honest and communicative culture.

When someone gives you feedback, it is your job to receive it with openness. Listening is the secret of all effective communication, and it’s no different when it comes to feedback. It’s not about simply giving employees the freedom to speak up; it’s about being receptive to what they have to say.

Gratitude is also helpful. When you show appreciation for the feedback you have been given, you send a message to people that feedback is something of value within your organization. So, when you receive feedback, make sure you thank your team member for opening up and sharing with you.

Finally, the feedback process doesn’t end with you listening and saying, “thank you.” In fact, it never really ends. You should follow up with your people regularly to address the issues that have been brought up. Create plans of action and share them with your employees. Demonstrate that creating a culture of communication is a continuous process, not just a fleeting interest that fades after a few months.

Are You Receiving Enough Feedback to Lead Effectively?

If you’re not receiving the feedback you need, it might feel impossible to get your people to openly share their perspectives. I’m here to tell you that it’s not impossible; it just takes time and patience. If you commit to creating a culture of communication, your people will catch on eventually if your modeling the right behaviors.

What are your experiences with receiving feedback on your leadership? I would love to hear about them, so please reach out and let me know about the struggles and successes you have had. I can be reached at 1.855.871.3374 or joanne.trotta@leadersedgeinc.ca.

Why Do You Lead?
How Building Trusting Relationships Affects Everything at Work
2020: An Exciting Year for Leaders Edge!
Goodbye, 2019. Hello, 2020!
Merry Christmas and Happy Holidays from Leaders Edge!
Self-Care: An Absolute Necessity for Today’s Leaders
6 Self-Care Tips for Busy Leaders
Self-Care – Is it the Secret to Leadership Success?
5 Ways to Improve the Flow of Feedback Within Your Organization
Are You Receiving the Feedback You Need to Lead Effectively?
Are You Striking the Right Balance with Your Feedback?
4 Reasons Why Feedback Is Essential for Leadership
3 Tips for Being the Most Authentic Leader You Can Be
Leaders: Don’t Confuse Your Role with Your Identity
Are Your Assumptions Hurting Your Ability to Lead?
Don’t Believe These 5 Leadership Misconceptions
Transform Your Leadership “Why” Into Your Ideal Career
How to Confront Your Fears and Find Your Leadership “Why!”
5 Ways to Visualize Your Way to Leadership Success
What Do You Want Your Leadership Impact to Be?
Why You Need to Find Your Leadership Why
Pop Quiz! Are You Leading with Empathy?
The Real-World Benefits of Empathetic Leadership
Don’t Believe these Empathy Myths!
4 Reasons Why Empathy Is Essential for Excellent Leadership 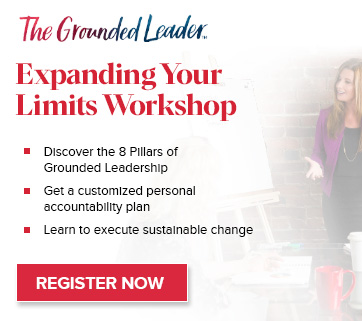